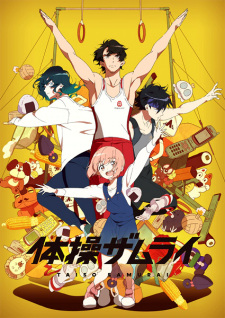 Plot Summary: Year 2002. Japan's gymnastics world was once strong. Former Japanese representative Shoutarou Aragaki (29), who devoted his time to gymnastics, was unable to perform as expected. Even so, after training on a daily basis, his coach Amakusa recommends Shoutarou to retire. However, the fate of the Aragaki family will change significantly due to a certain "encounter."