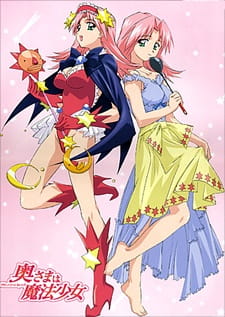 Plot Summary: Ureshiko Asaba, 26 years old, married. Few people know the fact that she is a magical girl named "Agnes", and she is actually the guardian of the town where she lives. One day she meets Sayaka Kurenai, aka "Cruje", another magical girl appointed by the magic realm as the legitimate sucessor to her position, but Agnes is reluctant in letting her assume because she knows that Cruje has orders to erase the whole place, including its human inhabitants with the purpose of creating a new one. To complicate matters, Ureshiko must deal with the growing distance between her and her husband, Tamotsu, her crescent feelings for Tatsumi Kagura, a young man who is now living as a tenant in her home, and the fact that in the moment she ever kisses a common human, she would lose her powers forever.