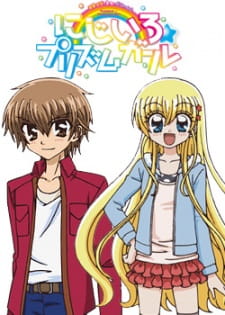 Plot Summary: The beautiful and tall Kohinata Nijika, a 6th grade kid who doesn't look her age and daughter of an office chief of a TV station, avoids the entertainment world since her mom, a legendary actress, died from a sickness. Hiding the truth about her family, Nijika keeps another secret. The fact that she's living with the prince-like actor, Ichinose Touya, may create a ruckus if it is discovered. Running for another errand, Nijika, together with her pet Kapitama-kun, coincidentally run into a drama set that's lacking an actress due to food poisoning. She volunteers for the role and...