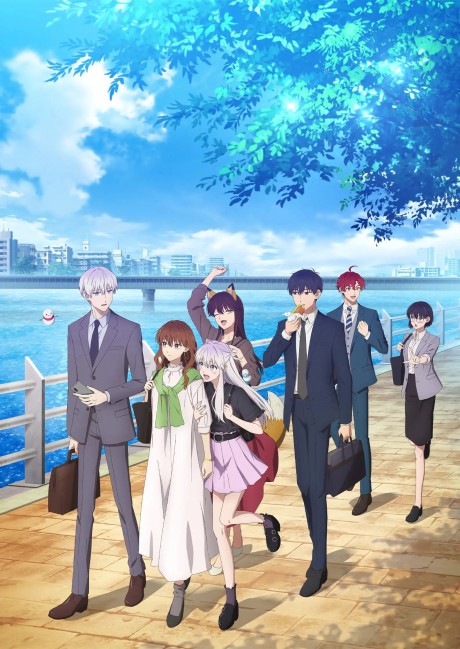 Plot Summary: Himuro is an office worker who belongs to a race of supernatural beings with strange powers. Whenever he is deep in concentration, he subconsciously plunges his poor coworkers into a close rendition of the Arctic. Even so, contrary to his icy powers, Himuro is a warm and kind person. He likes flowers and cats, but alas, he cannot get too close to either. Himuro has a soft spot for his colleague Fuyutsuki, a calm woman who has a knack for providing simple solutions to his unconventional problems. Whenever Fuyutsuki does something for him, a snowstorm of emotions builds inside Himuro's heart, and he fails to notice the raging snowstorm he causes on the office floor. Thanks to his snowy tantrums, Himuro's feelings are apparent to everyone but Fuyutsuki. However, fueled by immense adoration and desire, Himuro is prepared to do whatever it takes to capture her heart.

Other name: The Ice Guy and His Cool Female Colleague; 氷属性男子とクールな同僚女子